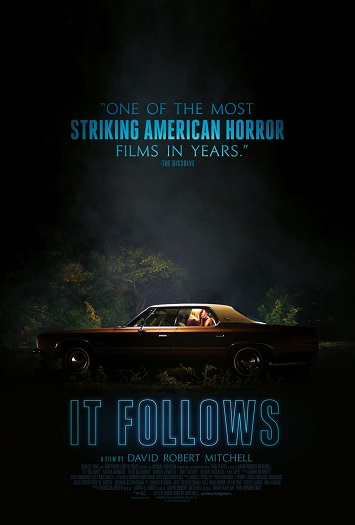 It Follows(2014) R|1h 40min|Horror,Mystery,Thriller, Supernatural |13 March 2015 (USA) After carefree teenager Jay (Maika Monroe) sleeps with her new boyfriend, Hugh (Jake Weary), for the first time, she learns that she is the latest recipient of a fatal curse that is passed from victim to victim via sexual intercourse. Death, Jay learns, will creep inexorably toward her as either a friend or a stranger. Jay's friends don't believe her seemingly paranoid ravings until they too begin to see the phantom assassins and band together to help her flee or defend herself. https://www.imdb.com/title/tt3235888/

Nothing Found, Try only using one word in your search.
Example: "Movie Name year" use only "Movie" without quotes :)